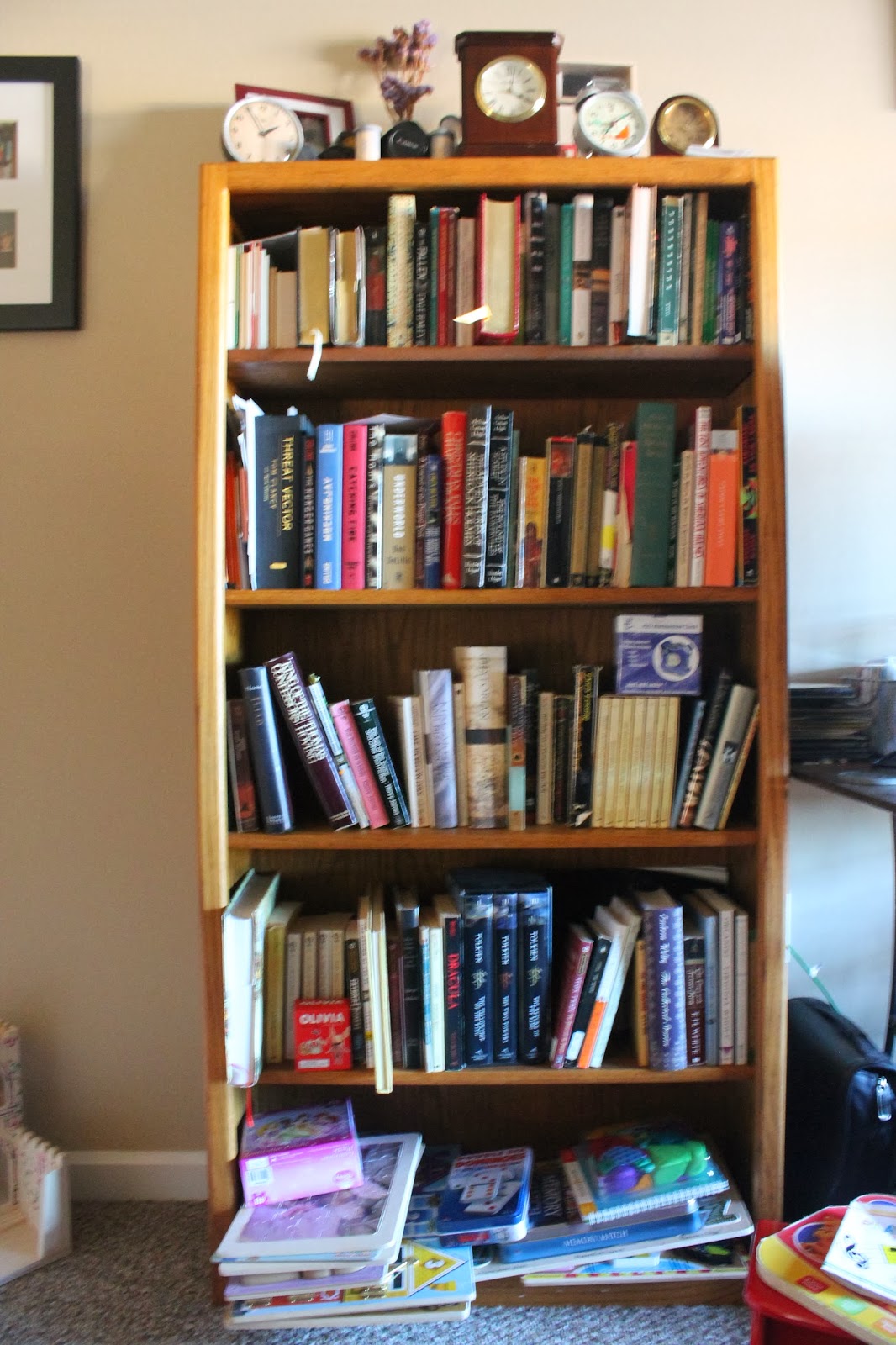 As always, library books are marked with an asterisk.

Dark Horse. Craig Johnson.*
This is the fourth book in the Walt Longmire mystery series, and I liked it.  You (or Longmire, the first-person narrator. Whatever.) jump back and forth between the events of about two weeks before the present day and, uh, the present day. Sorry.  I'm not really awake yet, but neither is the rest of the house and so it seemed like a good idea to get this out now.

Anyway, Longmire goes undercover to a nearby town as an insurance investigator so he can learn more about the events that led a woman to allegedly murder her husband after he (allegedly, also) killed her horses.  This was a lot more plot-twisty than I expected, and there were so many unexpectedly small and sad moments.  There were also big and sad moments, but it was the little asides that got me.  But it was fantastic, and I need to go back to the library and get another.

Broke is Beautiful: Living and Loving the Cash-Strapped Life. Laura Lee.
Blessedly, this was not a frugal-living handbook.  I'm at a point where most of what I read about frugal living is something I already know (buy less! Turn off the lights! Unplug things and cancel the cable!) or stuff that just doesn't apply to me (install more insulation in the attic of that house you own!  Plant a garden on that half-acre of land you have just lying around somewhere!  Stock your deep freezer!).  This is more a pep talk about embracing how broke you are and how to go from there.

Frankly, I saw this was cheap on Amazon and went for it because I needed the encouragement.  It's one thing to plan for the future and try to be responsible with your finances while still having a little bit of fun.  It's another to bust your tail in a desperate attempt to make things better and to just have to wait.  And it's a whole 'nother thing entirely when you look around, decide that things are pretty okay, laugh at Dave Ramsay's 7 steps and just try to take care of your life in the best way you can.  Am I happy we have an emergency fund?  Absolutely.  Do I think we should have 3-6 months of living expenses stashed away?  More than likely.  Should I live a life where we already keep our living expenses down while enjoying every last bit of it?  Yes.  Yes, yes, yes.

So many books on personal finance are just really....unhappy.  Yes, you'll suffer now but it will be worth it!  Push forward toward that goal!  Cut!  Scrimp!  Save!  For one day, you will be financially secure and in a place to judge everyone not as prudent as you!  I know that's not what most gurus are saying (maybe), but that's how it feels.

And while Lee annoys me a little with some of her assumptions, a lot of what she said was just ..... affirming.  There's a whole chapter that's basically a love letter to libraries.  There's the chapter where she points out that luxury goods aren't that luxurious any more.  The final chapter is worth skipping altogether because she comes off as a major scold by telling the people reading the book that they're doing better than more than most of the world.  A gentler, more cohesive approach would have been to circle back to her earlier chapter about how people with the smallest homes in the nicest neighborhoods have a weirdly skewed perception about their lack of wealth.  We, more than likely the folks with access the book and the occasional down time to read (very quick read, by the way!  I was sneaking pages while Evelyn played on the playground near our apartment.  Because we're unexpectedly rich like that), are like the people with the older, smaller homes in one of the wealthiest neighborhoods in the world.  That's really all it is.

So!  I thought I had read more than this in April, but I guess not.  I enjoyed what I did read, though.  It's a beautiful thing when your library has every book in a set (or you have a husband willing to go to the library branches around town to pick up your books while you work) and you have enough Amazon credit to try out new-to-you books.
Posted by Jen at 10:26 AM No comments: